CEA-List is developing AI use cases in strategic areas such as the Factory of the Future, mobility, and health.

Responsible AI must be firmly rooted in the real world if it is to flourish. CEA-List is developing AI use cases in health, mobility, manufacturing, and other strategic fields to support the development of user-driven, responsible AI.

Our use cases leverage research in three core AI areas: 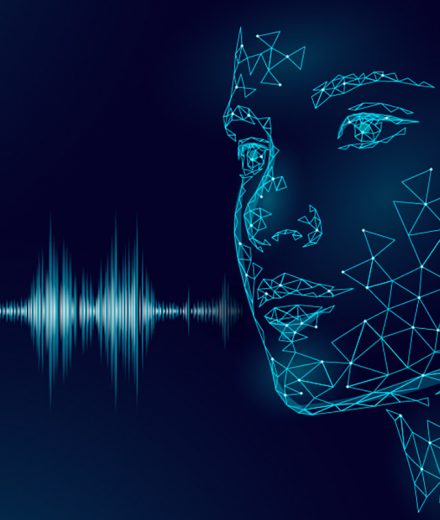 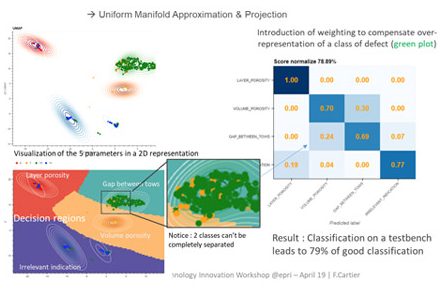 This pioneering NDT research demonstrated the potential of AI in these types of automated diagnostic systems. The project used a prototype version of the CIVA Data Science software, which is expected to come to market in 2022.

This CEA-List project leverages artificial intelligence to enhance the investigative and monitoring tools used by the French government’s anti-trust, anti-fraud, and consumer affairs agency. The institute developed tools that meet the specific needs of this agency, using natural language processing (NLP) to help government officials make effective use of their document repository to find the information they need quickly.

As part of the IA4NETWORK project with the French defense procurement agency, CEA-List developed a monitoring system for Ethernet and other wired networks. This machine learning system can accurately predict the traffic load on a network interface.

A predicted load of 100% indicates congestion is likely to occur. The system can then implement measures to prevent this from happening, using the NEON network management software environment. 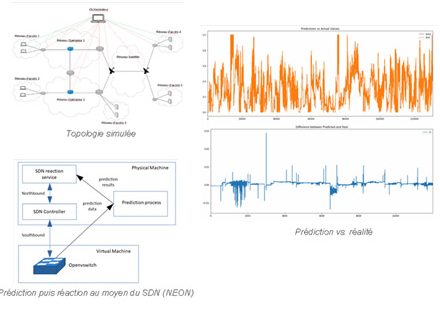 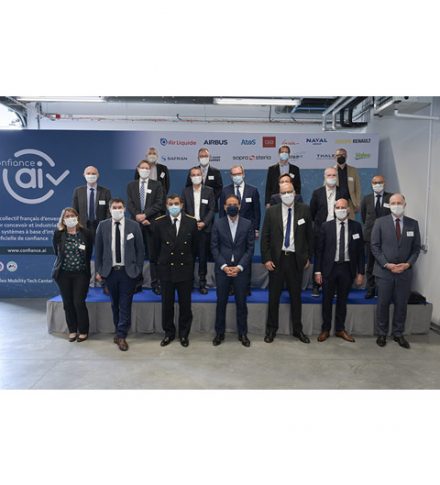 Confiance.ai is a French national initiative that aims to bring AI to critical products and services. It is the technological pillar of a broader French government strategy on AI-based system security, reliability, and certification launched in January 2021.

The suitability of the first 20 technological and methodological components to be included in an initial trusted AI environment was evaluated based on these six initial use cases. The assessment of neural network robustness, the measurement of prediction confidence intervals, the generation of models resistant to certain disturbances, and the development of methods for constructing and characterizing datasets were among the components evaluated.

A joint laboratory with Valeo on autonomous vehicles

CEA-List’s work with automotive supplier Valeo is a clear illustration of its overall AI R&D strategy. The story began in 2016 when CEA won the KITTI international challenge to detect and locate vehicles in an image in autonomous driving scenarios.

Valeo recognized the enormous potential of this technology and decided to create a joint laboratory with CEA-List to take advantage of the institute’s scale-up expertise. The purpose of this research is to generate operational results that Valeo can integrate into its autonomous vehicle demonstrators. CEA-List has already developed an AI system that can detect—in real time and 360 degrees around the vehicle—stationary objects, pedestrians, and other vehicles in the environment. 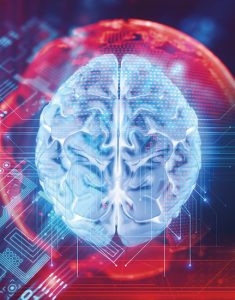 CEA-List is rolling out an ambitious research program to support the responsible development of AI-based systems for industry and society.
Read more 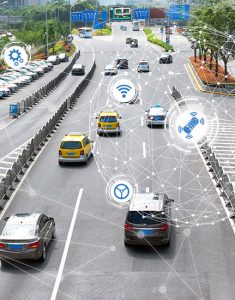 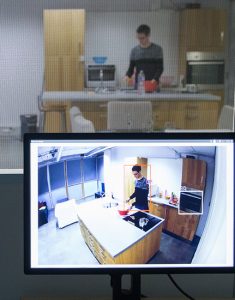 At CEA-List, we are building a technology platform to support the design, validation, and deployment of trusted embedded AI systems.
Read more
Scroll Up