By continuously and automatically monitoring industrial processes and equipment, smart maintenance can predict and minimize the risk of malfunctions during production. CEA-List is bringing data analysis, machine learning, and knowledge modeling technologies to smart maintenance systems.

Smart maintenance has the capacity to bring equipment closer to nominal operation and optimize the maintenance process itself, limiting downtime and bolstering the security of field operations.

Digital technologies make automation of this complex process possible. Monitoring can be carried out continuously, directly on or very close to production equipment, for safer, more accurate maintenance processes.

Continuous monitoring of data—either collected by sensors installed on the production equipment or generated by the equipment itself—enables early detection of process drift and prevention of stoppages. This means that maintenance interventions can be as safe and efficient as possible.

Advantages for every industry

Virtually every industry can benefit from the potential of smart maintenance. The nature of the data can vary from one industry to another, but with personalized settings and learning approaches, similar strategies and tools can be used.

RATP, the operator of the Paris metro network, set itself the goal of ensuring 97% service availability.
The network is managed by a supervision system. This system manages traffic from thousands of data points coming from infrastructure equipment on the lines (signals, switchers, station doors, etc.).

RATP turned to CEA-List for help reaching its operational excellence targets. Together, the two partners created a predictive maintenance system implemented across the infrastructure as well as in the supervision system itself, which tended to freeze when alert volumes were particularly heavy.

The system was developed by adapting CEA-List data analysis and ML technologies to the RATP use case. It processes a large variety of field data as well as technical data from logs created by the monitoring system. In order to avoid stoppages, it assesses the current status of the supervision system and predicts how the status will evolve over time.

The system was tested on three years of data. It detected 90% of labelled stoppages with a few hours’ advance notice. At the same time, the thousands of false alarms triggered exponentially by fixed thresholds (native to the supervision system) were reduced to a few instances per week. This simplified the use of the tool by employees working in the field. 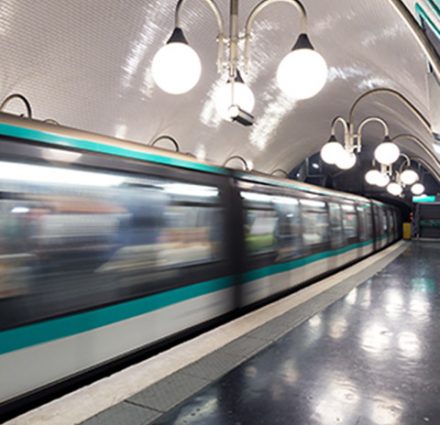 To optimize the operation of its wastewater treatment facilities, Veolia decided to automate process monitoring. CEA-List’s ExpressIF® was used to model Veolia experts’ knowledge to enable the monitoring system to:

The demonstrator that was developed for Veolia is available as a SaaS or on-premise solution, delivering the advanced decision making and uncertainty measurement capabilities of ExpressIF®. The system offers advanced interactive features for domain experts—if missing information compromises the decision-making process, the tool can request human intervention to resolve the issue.