Team-Sports is developing a solution that will extract insights into the dynamics of team cohesion from data on individual players’ behavior. CEA-List is contributing expertise in computer vision and automatic scene analysis to this multidisciplinary project.

A multidisciplinary project for the 2024 Olympic Games

The 2024 Summer Olympics are fast approaching, and France is already preparing to welcome athletes from around the world. In 2019 the French government earmarked €20 million for innovation projects to enhance the athletic performance of the nation’s athletes during the games.

Team-Sports, one of the projects selected to receive funding, is led by Université Bourgogne Franche-Comté and brings together several research teams, including CEA-List, and five French team sports federations (rugby, handball, volleyball, basketball, and soccer). The purpose of the project is to study and understand the dynamics of team cohesion by analyzing player behavior and interactions.

More about the Team-Sports project. 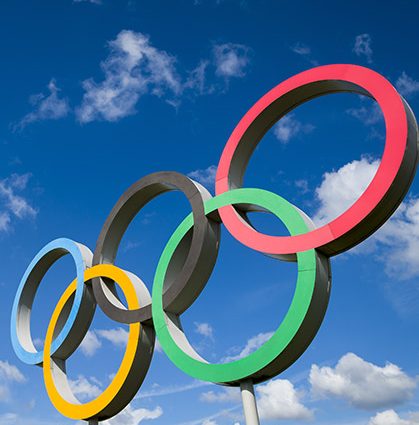 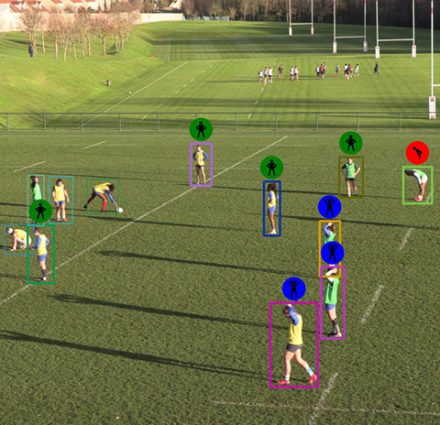 The project partners will use a multidisciplinary approach spanning social psychology, psychophysiology, neuroscience, the study of learning processes (such as motor learning), and digital modeling of behaviors, to capture objective and quantifiable information about group dynamics and impacts on team performance.

CEA-List is leveraging its expertise in computer vision to interpret players’ movements, positions, and body language.

Interviews conducted beforehand with the coaches of the five sports involved in the project were used to identify indicators of group dynamics. A common pattern across all five sports emerged from these interviews and was used to inform how the visual recognition algorithms were trained.

Here’s how it works: CEA-List’s algorithms analyze images captured during training sessions and matches. The players’ body language and interactions, detected by the algorithm, are studied by the project’s social psychology experts, who investigate how players’ gestures—hands on their hips, head, or knees, for example—affect their own team and their opponent. Body language indicating fatigue, for example, can be negative for the player’s teammates and positive for their opponent.

One of the algorithms used by CEA-List, particularly for the volleyball and rugby videos, is the FairMOT video tracking tool. This algorithm, tried and tested in the world of video surveillance, is currently being improved to handle the complexity of team sports. Players move faster than people on a street, for example, and are often obscured by other players in the scene. These factors can lead to problems such as player detection errors and identity switching when players cross paths.

CEA-List’s video analysis algorithms are used on images captured during training and matches to detect players’ body language and interactions with teammates—indicators of how cohesive the team is.